Back to blog
UI/UX

Take My Money: Make a Selling Visual Structure for a User Interface

“Problems with visual design can turn users off so quickly that they never discover all the smart choices you made with navigation or interaction design.” — Jesse James Garrett, UX Designer & Co-founder of Adaptive Path.

Visual and UI design are the two often interchangeably used terms in web and app design. And it is understandable. Both of these are about the look of the product. Because of it, these terms are often placed together and viewed from the surface, it seems like they describe the same thing. But what is the difference between UI and visual design?

Today we would like to discuss the step that goes right after the UX part of the product creation. Firstly, you need to create wireframes to understand the structure of your future product. In our previous article, we discussed this topic and the importance of this stage in the design process. 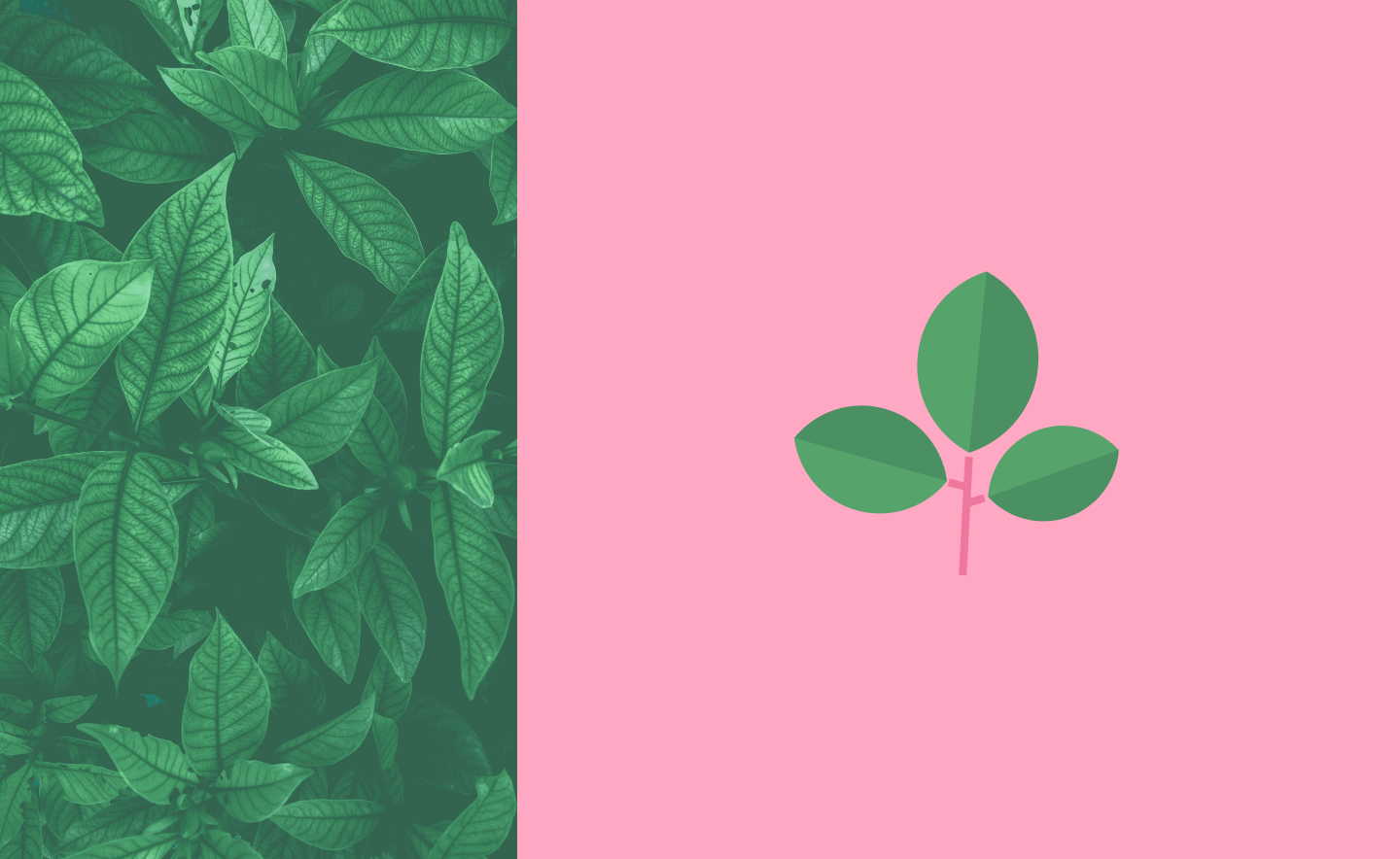 The next step after wireframing is about the visual part. People like beautiful things. If your UX is great, but the final product doesn’t look pretty, customers won’t notice it. However, it doesn’t mean you should give up on UX and concentrate only on visuals. To make a selling product, you need to use both of these elements.

In this article, we will find out the difference between UI and visual design and how to make a good-looking product that would be selling.

What is Visual Design?

According to studies, it takes about 50 milliseconds (ms) (that’s 0.05 seconds) for users to form an opinion about the visuals. This fact reflects the intuitive level of the design—in other words, the user’s first impression or reaction to the visual. As a result, they are more likely to leave if they don’t like what you show them at critical moments.

It is a mistake to believe that designers include attractive elements just for beauty. Instead, designers create and organize elements to draw the user’s attention to the element’s functionality and make the aesthetics consistent. For example, designers compose and arrange website content according to the purpose of each page and are careful to ensure that the content provides the right visual cues for the user. 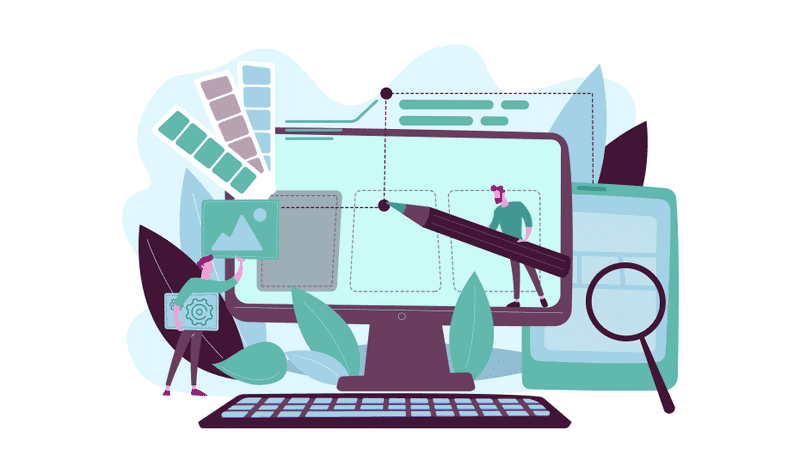 Thus, visual designers should always show users the right things in the right way. It is necessary to eliminate the uncertainty of the user. If users stop thinking about the design, they won’t trust it or the product. So, the visual design should focus on the essential aspects and balance a fresh, robust design and what users expect to see.

Visual UI design focuses on the aesthetics of the site and related materials by strategically arranging images choosing the right colors, fonts, and other elements. A successful visual design does not distract from the content on the page or feature. But how do designers achieve these goals?

Principles for Creating a Visual Design 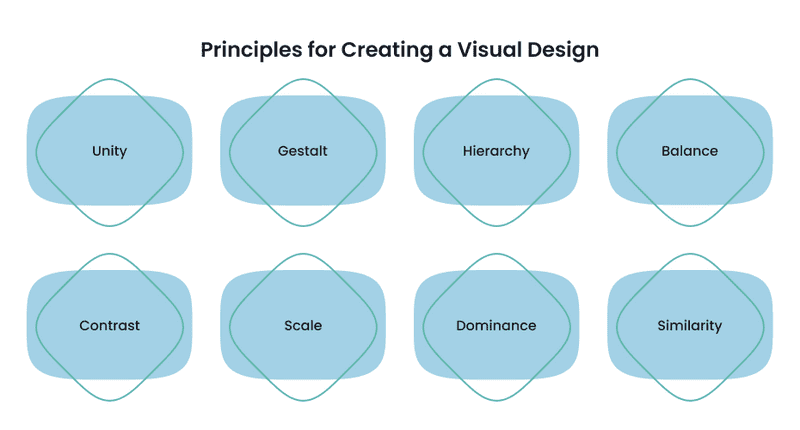 These are the basic principles of design. Visual design is about composition and a beautiful picture. But if you layer it on user experience, you get visual UI design. So let’s take a closer look at this term.

What are Web User Interface Designs

“UI design is about using typography, images, and other visual design elements to turn a basic interface into something digestible and usable. A UI designer focuses on how the colors, typography, and images of a design connect to the brand of a product.” — Jonathan Widawski, Maze CEO & Co-founder.

User interface (UI) design is the process of creating interfaces with a focus on style, aesthetics, and interactivity. The goal of a user interface designer is to create an interface that the user finds easy to use and aesthetically pleasing. 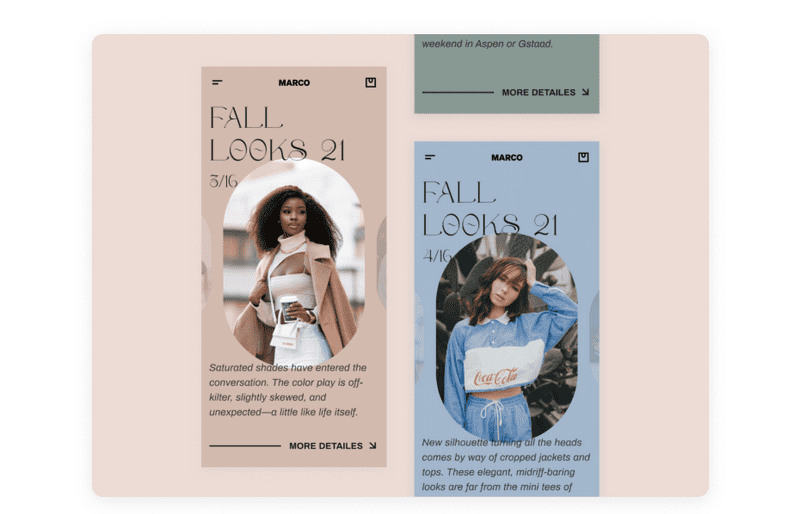 When discussing UI visual design, we discuss the designer’s choices when creating the product appearance. For example, buttons, images, menu bar, or footer. All of these elements affect interactions the users make when using the product. However, while making the aesthetics, the designer should focus on users’ needs, not only on the visual appearance.

But how to make a good UI design? Well, there are some valuable principles to follow. So let’s find out what these are.

Creating a successful user interface requires applying a set of UI principles. There are various well-known UI guidelines to keep in mind: 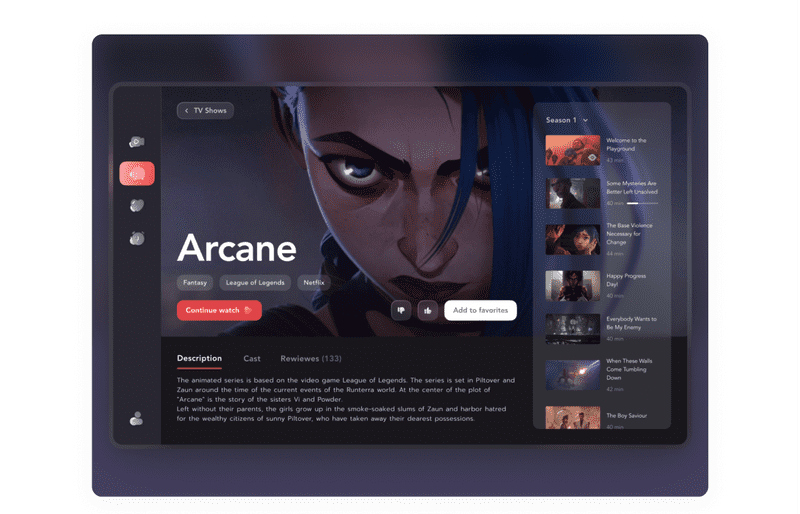 As you may have noticed, UI design overlaps with visual design. At Axicube, we believe that one cannot exist without the other. However, there is a slight difference between UI vs visual design roles. Do you want to know which one?

Difference Between UI and Visual Design

Even though visual and human interface design are pretty similar and complement each other in many ways, they are also different. What is the difference between UI and visual design? To begin with, it is worth saying that visual design is only about aesthetics. UI design uses the principles of the visual one, but it is not only about beauty but also about usability. 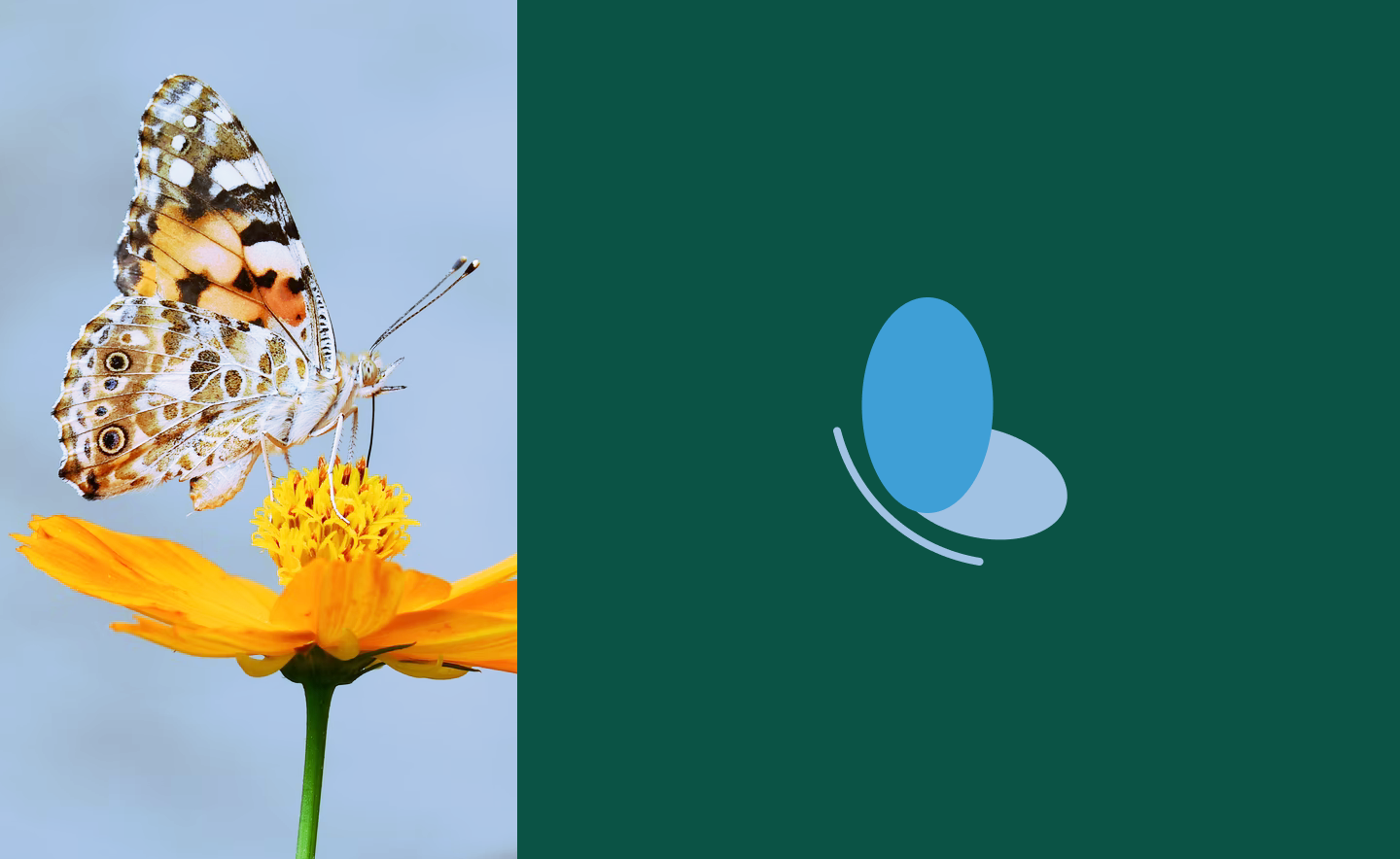 How Do the Perfect Design Process Steps Look? Everything You Need to Know

Visual design is what most people think about design because it is the easiest to observe. Such designers choose colors, images, and perform other visual tasks. This type of design is similar to what most people consider “art.” If the visual design is an art, then user interface design is a science. UI designers figure out how software and users interact with each other. For example, when a user submits a form, what happens? How does the system notify users of errors? Does the form navigate to a new page or submit while staying on the current page? 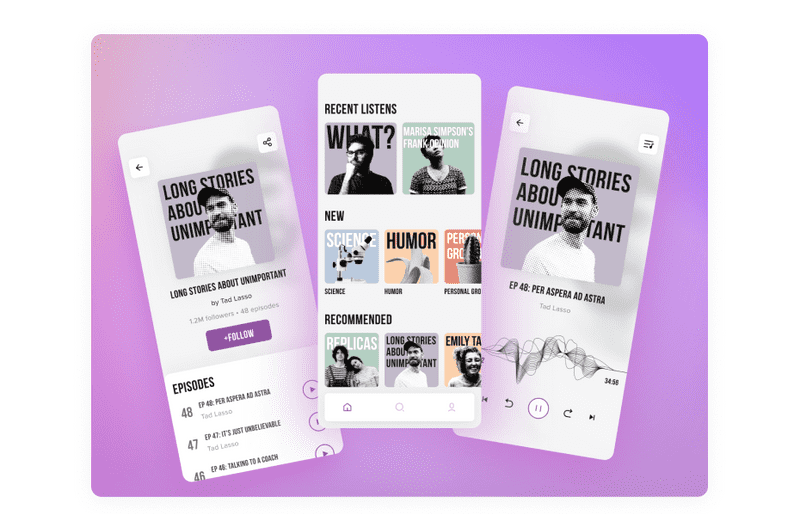 Great visual design means the software looks beautiful. Excellent user interface design means the software is easy to use. Of course, one cannot exist without the other, so you should not neglect visual design rules when designing a UI. But to create not just a picture that is pleasing to the eye but a product that people want to use and that sells, you still need to rely more on the UI.

There are some things to pay special attention to when designing a user interface. It may seem like a small thing, but it’s the little things that make a big difference. So your design won’t be just beautiful, but also be selling. 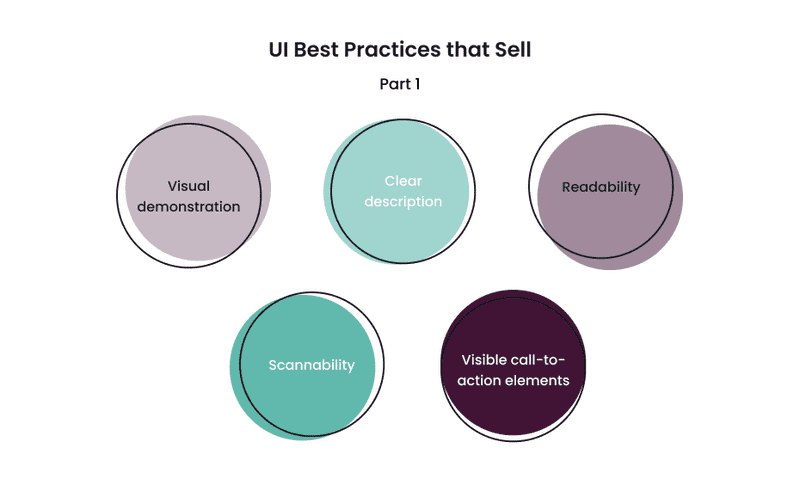 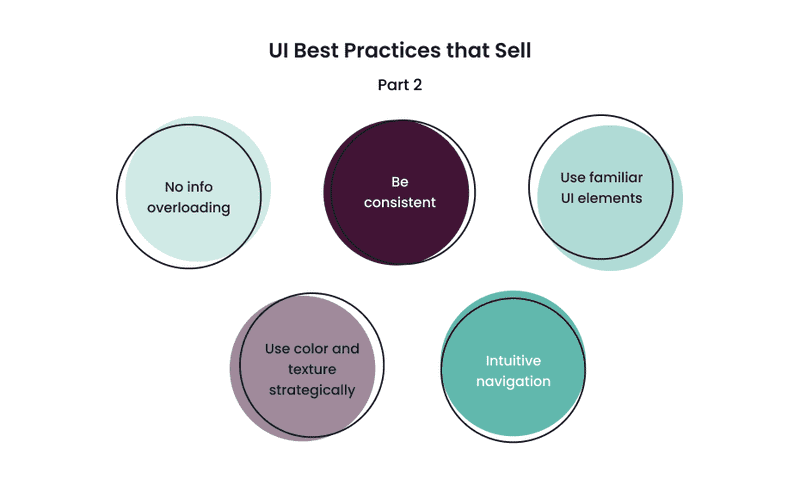 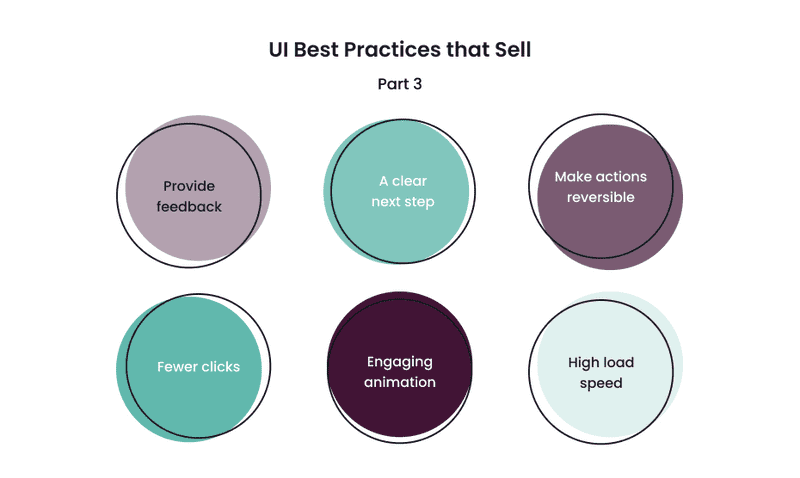 So we figured out how to make the design not only beautiful but also selling and bringing high conversion rates. To finally understand the topic, it remains only to solidify the understanding of the difference between UX design vs visual design.

UX and visual design are interconnected. UX design serves as the foundation for visual and UI design. At the wireframe stage, designers plan the overall structure of the future product, which determines the visual and content layout.

The difference between UX and UI and visual design is that UX design is about functionality. During the user experience design phase, designers do not use colors or graphic elements. At this stage, everything is focused solely on making the product usable. But at the stage of visual UI design, designers can bring beauty and make the product attractive.

UX is about layouts and usability: load speed, elements placement, and so on. But UI visual design is mainly about visual perception, aesthetics, and convenience. But in this sense, comfort is for visual perception. 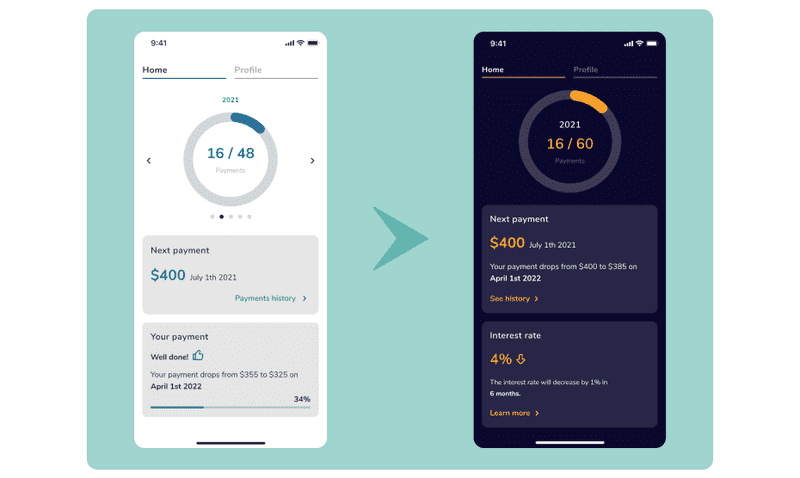 At the UX stage, designers approve the logic, and developers can start preparatory work. Then, a visual concept with software needs to be approved so that the product meets the expectations of the business.

By the way, the relationship between designers, developers, and PO is a separate issue that requires attention. To learn more, read our previous article about it. 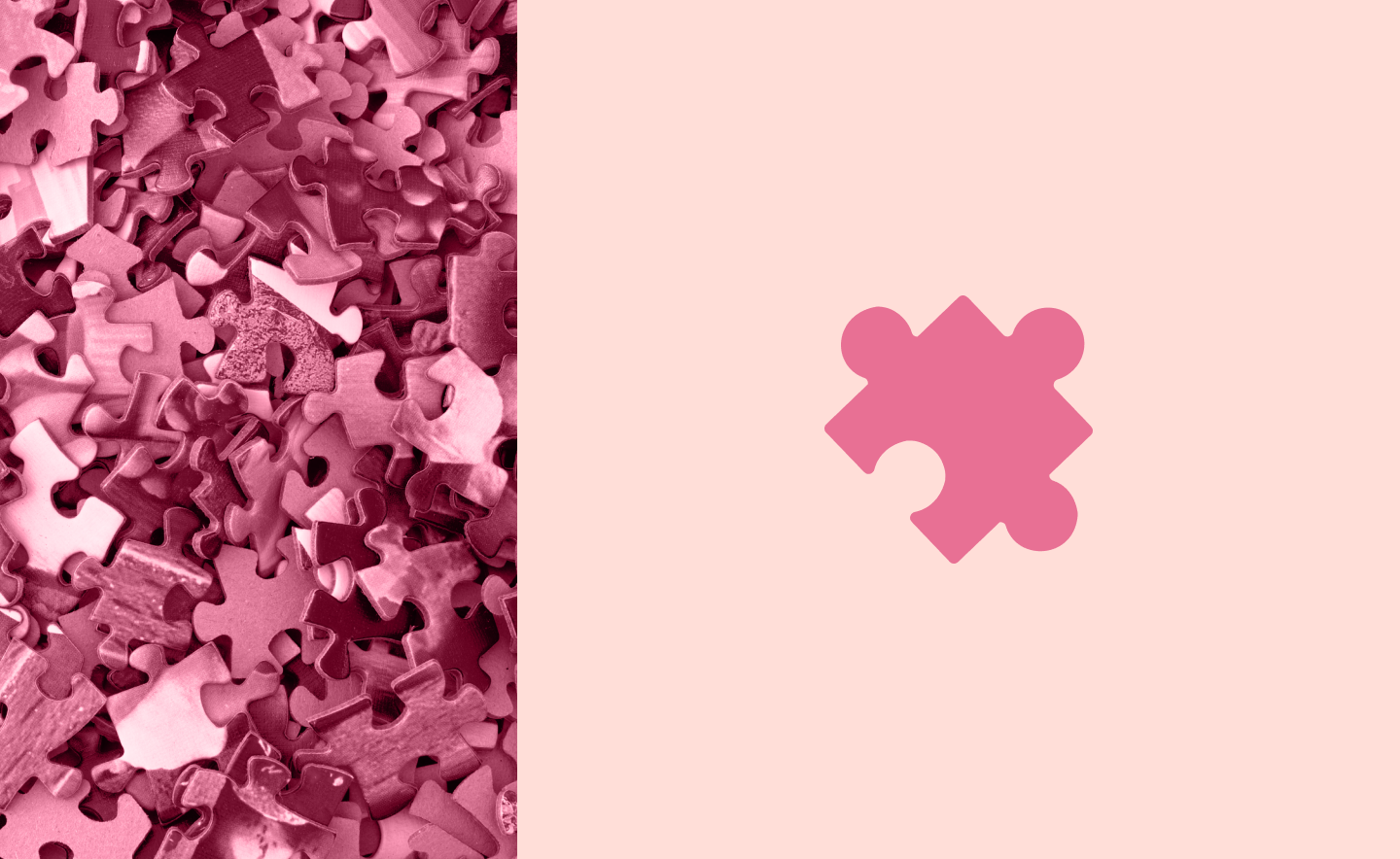 A Love Story Between Developers, Designers, and PO. How to Organize the Design Process to Archive a Happy Ending?

We will repeat ourselves, but we will say that all the above-described parts of the design process are interconnected and cannot exist in a vacuum separately from each other.

The UI design process complements the UX process by turning your early wireframes into working prototypes that delight and inspire users to enjoy your product. If your product is good on the technical side but looks unattractive on the outside, users are likely to go and choose something, albeit less convenient but beautiful.

Don’t discount aesthetics. Many studies proved that visual appeal could improve the perceived value of products for consumers (Charters, 2006; Venkatesh and Meamber, 2008). Yet, first impressions are 94% design-related. And as you know, first impressions decide a lot, and if the first impression was terrible, it is challenging to fix it later.

If you have an idea for a product, our team is always ready to help make it the best way to lead the design process. We know how to bring beauty.

Do you want your product to be aesthetically pleasing? 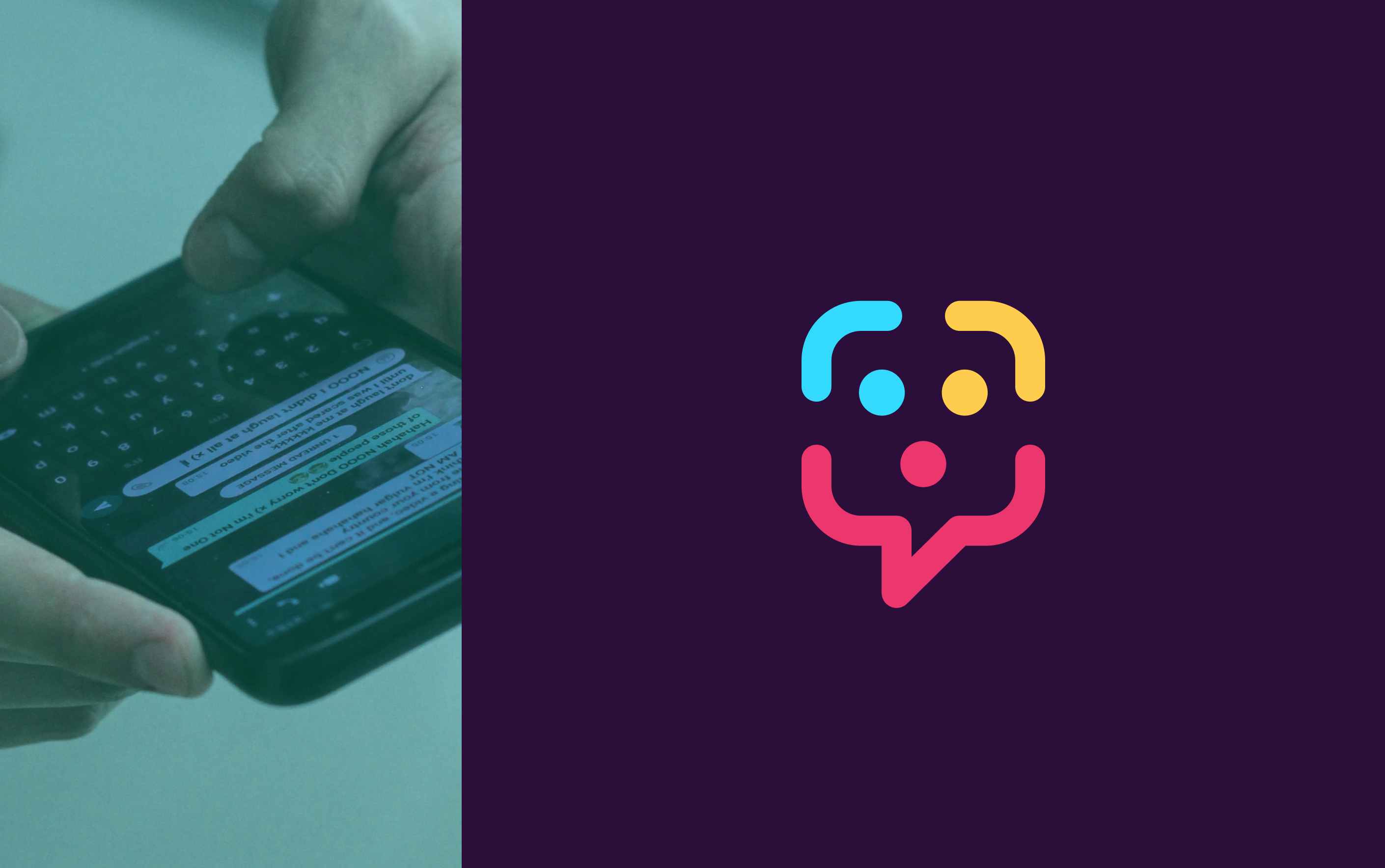 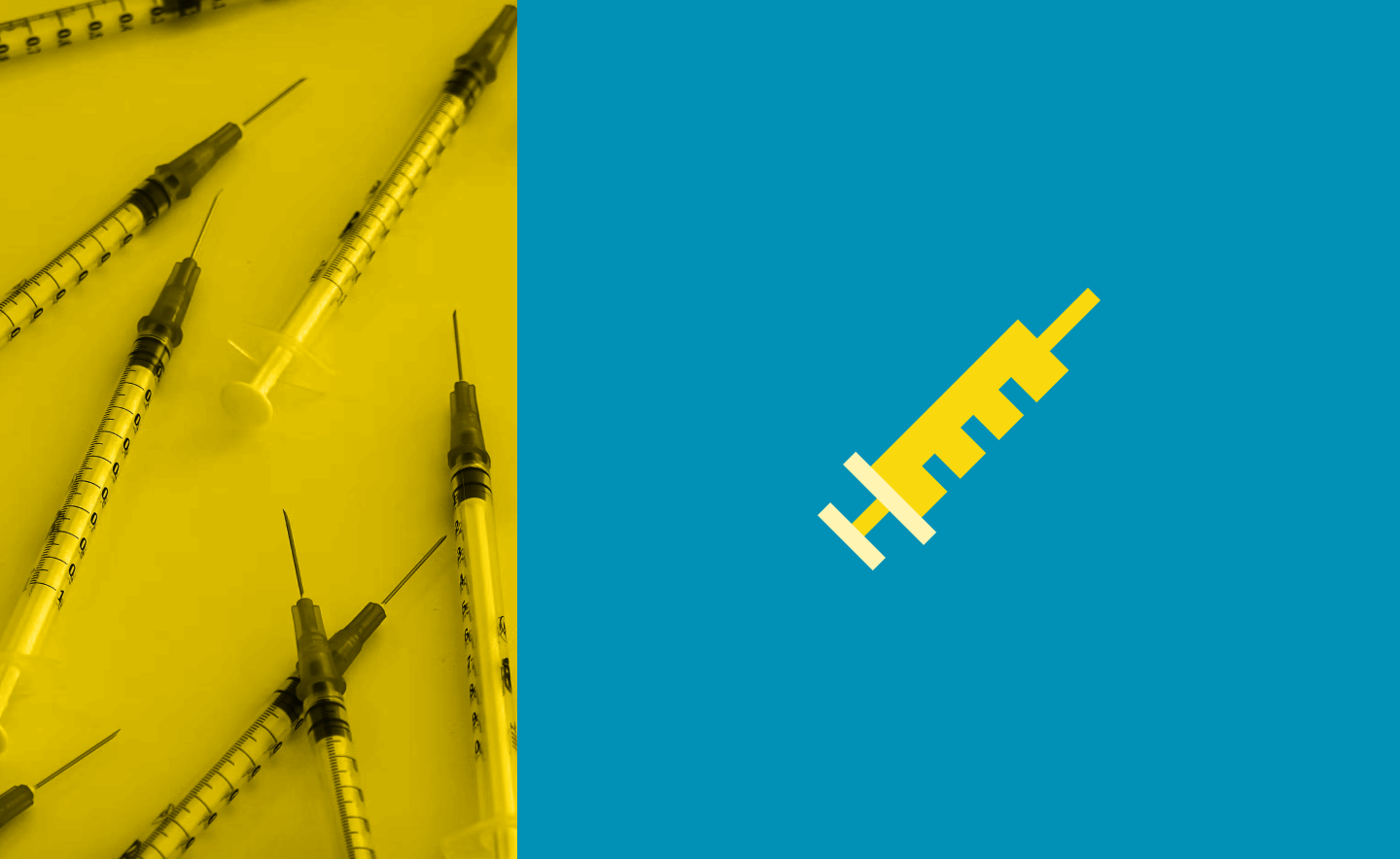 The Most Effective Healthcare UX Design and Ul Design Practices

Landing Page Design Ideas and Tips That Will Crush it